Home > News > Update on projects report by the APPEL DES 30 ! 6 months after their selection 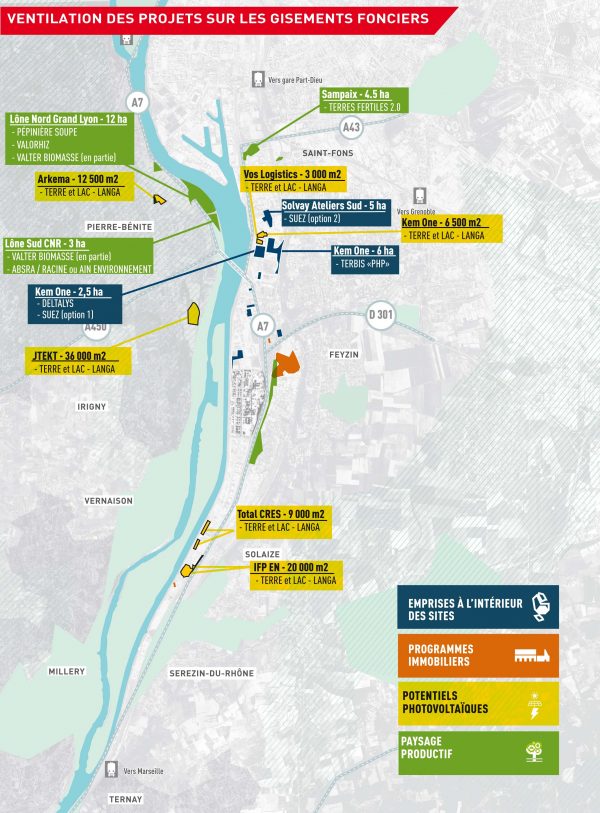 Update on projects report by the APPEL DES 30 ! 6 months after their selection

10 projects were selected in April 2017 and were set to utilise 25 hectares of real estate and over 200 million euros of investment, and to create up to 170 direct jobs.
All the projects are still active after 6 months.
Deltalys launched its production activity on the Kem One site at the start of 2017.
Suez has consolidated its projects with 3 chemists in the Valley who could be consumers of steam produced by CSR and, in September, submitted an application to ADEME’s Energy CSR call for projects. Terbis has worked on the feasibility of its project, in particular the technical design of the installation and the definition and security of the personnel of various stakeholders entering / leaving the site.
Terre et Lac & Langa have boosted the first tranche of the photovoltaic installation programme, namely the roofs of the Arkema warehouse and a JTEKT building (1.1 MWc in total), which had been successful in the CRE’s call for tenders in September. With regard to the second tranche, i.e. the shades on the car parks at Arkema, JTEKT, Kem One, Vos Logistics, Total Cres and IFP EN for 5.9 MWc, Terre et Lac & Langa now aims to present the files to the CRE on 1 December.

The group of 6 landscape architects “Terres Fertiles 2.0” is currently creating an ad hoc company which will carry the project for implementation on the Saint-Fons Sampaix site by mid-2018. Finally, Lyon Métropole, in conjunction with the CNR, has over the summer been working with the 5 productive landscape project owners Soupe, Valorhiz, Valter Biomasse, Absra/Racine and Ain Environnement in order to produce a coherent installation plan for the Lône in Pierre Bénite. Decommissioning works on the site will also be carried out in early 2018 by Lyon Métropole. Projects should be physically in place by mid-2018.